About Us – LasVegasDiet.com / Richard Reed

LasVegasDiet.com was created on September 10, 1999 by Richard Reed, founder.

Richard Reed / ReedConsortium.com, LLC, a Nevada Corporation has more than 800+ web sites, but his main interest is LasVegasDiet.com. Prior to October 1999, Richard Reed was a physically fit single young male who traveled the world doing business in nearly 100 countries. This picture is of me prior to October 30, 1999. 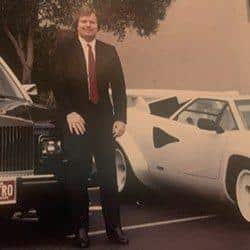 Less than 2 months after starting LasVegasDiet.com, I was involved in a horrific car accident having a reckless driver running into my stopped car head on at 100+mph which instantly my life changed.

After many surgeries, extended multiple hospital procedures, nearly a year in a wheelchair, learning to walk again, more than 16 years of physical theory, my body gained a huge amount of weight, nearly double my original size.

Below is my picture at my Rotary friends wedding, nearly 400 pounds on October 27, 2015. This was close to my all time heaviest weight.  (Because of personal embarrassment, I have very few pictures of me from year 2000 to date.) 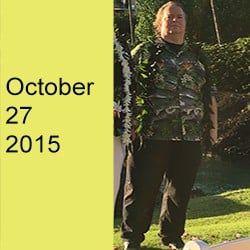 Since 2000 to today, my daily lifestyle is NOT a poster child for a diet product. I drink occasionally alcohol because of the pain which never ends from my car accident, I can hardly walk, I cannot workout or exercise,  I eat almost every meal in restaurants and I STILL HAVE LOST 70 POUNDS taking the LasVegasDiet.com Fat Burner with Appetite Suppressant. If I can do it, you should be easily obtain better results. I sit in a chair at my desk most all day or lay down with my foot elevated and iced.  My weight loss continues and soon I will be my old size again (pre 1999) and will have accomplished this safely and without any harm to my body.  Even though I made the Fat Burner with Appetite Suppressant for myself, I still must remember without exercise, eating a better diet, my weight will be slow in coming off.

(In late 2017 I took every dollar available to me and hired the best supplement formulas throughout the USA. In 2018, they made me a simple one capsule a day product which works and is worthy of putting the LasVegasDiet.com name on it.  Fat Burner with Appetite Suppressant)

Read the full story of Richard Reed from 1985 to date, click here.

Throughout the LasVegasDiet.com web site you will see how I, Richard Reed, developed a weight loss product for my own necessity and how it became a full business. LasVegasDiet.com helps the individual person who wants to buy one bottle as well as the ability to become a Distributor or a Wholesaler.

There are various discounts available, for the existing products and you will also see the new products which will be developed over the upcoming years.  Many of our dedicated Distributors have made a great secondary income and many have made LasVegasDiet.com a full time business.

We are proud of our existing Distributors and we are also proud of the donations we make to our Las Vegas WON Rotary Club for each sale made online. Our products are made in USA in an approved FDA approved facility and always using the highest quality ingredients. Our safe ingredients are also a main reason why people with allergies have been able to take our products successfully.  With the help from the United States Department of Commerce our products have been featured at major conventions throughout the world.  Additional information is available on our Frequently Asked Pages, (FAQ).  Additional information on weight loss facts is available, as well as our free newsletter, privacy policy, our blog,, return policy, terms of sale, site map, and many other sections within this web site.